Kirk Freudenburg is Professor of Greek and Latin at the Ohio State University. He received his doctorate from the University of Wisconsin and has previously taught at Kent State University. He has published widely on Latin literature and is the author of The Walking Muse: Horace on the Theory of Satire (Princeton, 1993) (0691 031665). He is currently editing the Cambridge Companion to Roman Satire and Book II of Horace's Sermones for the Cambridge Greek and Latin Classics series. 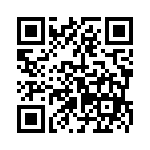