Strana xi
15 , the king , then at Beaulieu , in Hampshire , signified to the pope his assent to
the election.3 Authorized by this assent Romeyn hastened to Rome . On his
arrival the pope , Honorius iv , ( Giacomo Savelli ) , ordered an examination to be
...
Strana xli
The pope had provided his relative , Francesco Gaetani , cardinal of Santa Maria
in Cosmedin , to the next void parsonage or dignity in the church of York . By
Newark's elevation to the primacy the deanery became void and as such was ...
Strana 23
Alungio ?, canon of Geneva ( Gebbennensis ) , to the provostship of Beverley , on
behalf of Sir Aymo de Quarto , who had been provided by pope Nicholas iv to the
next vacant parsonage , dignity , or office in that church , and who had ... 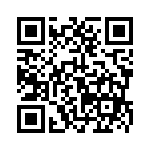