Gottfried Wilhelm Leibniz, one of the last real polymaths, was born in Leipzig. Educated there and at the Universities at Jena and Altdorf, he then served as a diplomat for the Elector of Mainz and was sent to Paris, where he lived for a few years and came into contact with leading scientists, philosophers, and theologians. During a trip to England, he was elected to the Royal Society; he made a visit to Holland to meet Spinoza. Back in Germany he became librarian to the Duke of Brunswick, whose library was the largest in Europe outside the Vatican. From there he became involved in government affairs in Hanover and later settled in Berlin at the court of Queen Sophie Charlotte of Prussia. Leibniz was involved in the diplomatic negotiations that led to the Hanoverian succession to the English throne. From his university days he showed an interest in mathematics, logic, physics, law, linguistics, and history, as well as theology and practical political affairs. He discovered calculus independently of Newton and had a protracted squabble about which of them should be given credit for the achievement. The developer of much of what is now modern logic, he discovered some important physical laws and offered a physical theory that is close to some twentieth-century conceptions. Leibniz was interested in developing a universal language and tried to master the elements of all languages. Leibniz corresponded widely with scholars all over Europe and with some Jesuit missionaries in China. His philosophy was largely worked out in answer to those of other thinkers, such as Locke, Malebranche, Bayle, and Arnauld. Although he published comparatively little during his lifetime, Leibniz left an enormous mass of unpublished papers, drafts of works, and notes on topics of interest. His library, which has been preserved, contains annotations, analyses, and often refutations of works he read. The project of publishing all of his writings, undertaken in the 1920s by the Prussian Academy, was delayed by World War II but was resumed thereafter. It is not likely that the project will be completed in the twentieth century.

Roger Ariew is Professor of Philosophy, University of South Florida. 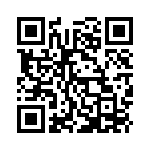