Strana 500
began the Objekt Thirteen pairs of Eyes , or as helplessly . many of them as were able to “ Put them in your locker , take an interest in extraneous of course , came the response , affairs , followed his every move- 80 promptly as to ...
Strana 547
Their Cantel all eyes were directed eyes followed his gesture , and toward the open water ahead , there , away ahead , just enterhoping to catch sight of the ing the narrow portals of the Etta B.
Strana 820
Sometimes Hilaire , with his golden eyes it is in a flower - pot , sometimes swimming and a tragic gesture under a boulder or a pile of of the hands , pleads with Ma- sand , but never in the same dame , " Moi , je ne peux pas- place ... 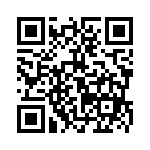