Godfrey Hodgson is Associate Fellow at the Rothermere American Institute at the University of Oxford, where he was the director of the Reuters Foundation Programme for eight years. He is the author of numerous books, including More Equal Than Others (Princeton). Hodgson is a former foreign correspondent for British newspapers and a television anchor for British news services who has worked in forty-eight of the fifty states. 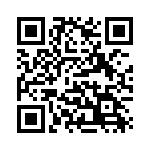