Stella Silver, at five years old, stands with a gun in her hand. Her father, over her shoulder, teaches her how to pull the trigger. He wants her to know "what happens to a bullet fired" (p 4 ... Číta» celú recenziu

Powerful book, set in Birmingham in the racial-torn 60's. The story is told from several points of view, including white students from Birmingham Southern College, liberal in their hearts but with no ... Číta» celú recenziu

Sena Jeter Naslund is the author of six novels and two short story collections. A native of Birmingham, Alabama, she is a winner of the Harper Lee Award, a Distinguished Teaching Professor and Writer-in-Residence at the University of Louisville, and the program director of the Spalding University brief-residency MFA in Writing. 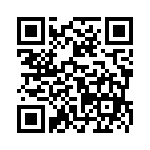