Strana 4
The contrast between Andrew Baxter and David . ... philosophy was so slight as to be almost imperceptible , while those of David Hume were so marked as to influence , directly or indirectly , all subsequent philosophic thought .
Strana 5
child , hence the education of David was left to his mother , who was a woman of exceptional merit , which she no doubt inherited to some extent from her father , Sir David Falconar , who had the distinction of being the president of ...
Strana 138
President , Robert W. Turner , Gallamatta , Maxwell Park , Glasgow ; Vice - President , Bailie David Willox , 48 Burgher Street , Parkhead , Glasgow ; Hon . Secretary , Joseph Martin , Solicitor , 163 West George Street , Glasgow ; Hon ... 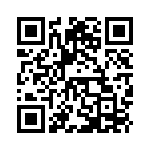