The Encyclopedia of Middle East Wars: The United States in the Persian Gulf, Afghanistan, and Iraq Conflicts

This five-volume work presents strong, well-researched, and well-documented information on Americans' presence in the Middle East during the last part of the 20th century and the first decade of the ... Číta» celú recenziu

Spencer C. Tucker, PhD, is senior fellow in military history for ABC-CLIO and the author or editor of more than 40 books and encyclopedias, many of which have been recognized by awards. 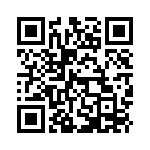