This is a hard book to describe but it is a good one. From the first word, the pages just turn themselves. It's a perfect book for a rainy Sunday afternoon. Cal Bradley has the most wonderful marriage ... Čķta» celś recenziu

Born in New York City, Andrew Klavan was a radio and newspaper journalist before turning to fiction full-time. Twice given the Edgar Award for mystery writing, he is the author of the bestselling novels True Crime, recently a film starring Clint Eastwood, and Don't Say A Word, a major motion picture from Twentieth Century Fox starring Michael Douglas. After living in London for many years, he has now settled in Santa Barbara, California with his wife Ellen, his daughter Faith and his son Spencer. 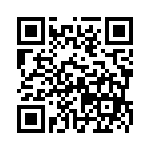