Strana 34
At the hour appointed appeared Ralph Siller ( president ) , Gilbert Burns , John Siller , David Siller , James Hunter ; after , John Wilson , William Linjah , John Stevenson , James Wilson ; Robert Paton sent excuse ; when , after a ...
Strana 35
John Wilson— " Whether in choosing a wife , men in general are most actuated by virtue or riches . " August 20th , Gilbert Burns , “ Whether love , in the present state of society , is productive of most happiness or uneasiness .
Strana 36
Wilson- " Whether a friendship contracted between two young men may be impaired by a following attachment to a woman . July 7th.Gilbert Burns " Whether a girl will be more happy to have her mind cultivated in the best manner or to ... 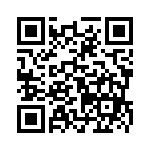