As a royal tutor, parson, orator, poet-satirist, and courtier, Skelton has been called one of the most remarkable poets between Chaucer and Spenser, an imaginative, unpredictable precursor of the Renaissance. A Ballade of the Scottys she Kynge (1513) celebrates the victory of the English forces of Henry VIII under the Earl of Surrey over the army of James IV at the battle of Flodden. Magnificence (1516) is an allegory in which the generous prince Magnificence is first destroyed by his own ill-advised generosity, then restored by Goodhope, Perseverance, and related virtues. He was awarded the degree of laureate by the universities of Oxford and Cambridge and was chosen as tutor to the young Prince Henry, who became Henry VIII. When Erasmus (see Vol. 4) visited England, he called Skelton "the one light and glory of British letters," mainly because of his translations of the classics and his Latin verses. Skelton directed his satire against the clergy, particularly Cardinal Wolsey, the target of Colin Clout (1522). After a lifelong hatred of Henry's chancellor, Skelton was finally forced to the sanctuary of Westminster in 1523 for writing Why Came Ye Not To Court (1522). While in confinement, he purified and simplified his style. He died before Wolsey met his downfall. 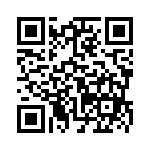