Strana 182
They also rarely appear as thunderbolts from a blue sky , but gradually evolve ,
until they emerge as the great masterpieces that epitomize the previous smaller
contributions . Without Bach , Stamitz , Mozart , Haydn , there could hardly have ...
Strana 370
Finally , throughout all the series , there are scattered temporary ups and downs ,
which appear to be somewhat “ incidental , ” out of harmony with the main
concerted movements . In others words , they look like the movement of
congeries ...
Strana 473
After each period of seven years nature makes to appear in us some new
characteristic , as we can see in Solon ' s elegy , where it is said that at the end of
the first period man loses his milk - teeth ; in the second , his chin is decorated by
the ... 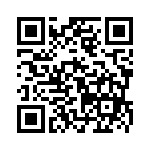