Strana 80
THE FALSTAFF MYTH RIOT AND THE PRODIGAL PRINCE Falstaff may be the most conspicuous , he is certainly the most fascinating , character in Henry IV , but all critics are agreed , I believe , that the technical centre of the play is not ...
Strana 85
Shakespeare's audience enjoyed the fascination of Prince Hal's ' whitebearded Satan ' for two whole plays , as perhaps no character on the world's stage had ever been enjoyed before . But they knew , from the beginning , that the reign ...
Strana 87
and amendment of life , which is the burden , as we have seen , of Fabyan and other chroniclers , but a repentance of the renaissance type , which transforms an idle and wayward prince into an excellent soldier and governor . 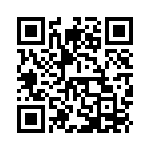