Slightly taller than the average picture book, with text slightly larger as well, perhaps it's the international nature of this book (with an author from Israel and an illustrator from Germany ... Číta» celú recenziu

I loved this book! I think it's creative, thought provoking, and a bit philosophical even. The illustrations are whimsical and entertaining. For a US market it might be a little taboo for the frog to be smoking in a children's book. Not all children will love this book, but smart kids will. Číta» celú recenziu

Oren Lavie has green eyes, long curly hair, and relatively cold feet. He was born in June, one week behind schedule, and has been trying to catch up ever since. He likes to sleep late but does his best writing early in the morning, which is why his best writing so rarely gets done. Oren is a musician, director, and author of children's books. His debut album,The Opposite Side of the Sea, was released worldwide to critical acclaim, winning him the prestigious ASCAP Foundation Sammy Cahn Award for his lyrics. The music video for "Her Morning Elegance" was nominated for a Grammy Award and became a YouTube hit. Oren wrote "A Dance 'Round the Memory Tree" forThe Chronicles of Narnia: Prince Caspian movie.The Bear Who Wasn't There is his first book to be published in the US.

Wolf Erlbruch is one of Germany's most renowned illustrators; his work is respected and loved around the world. Among his many awards, Wolf has received both the Gutenberg and the German Children's Literature Award, as well as a Hans Christian Andersen Illustrator Award. His previous book,Duck, Death and the Tulip, sold more than 100,000 copies and was published in nineteen countries. 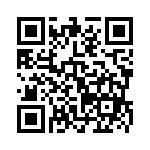