Naomi Oreskes is a professor of history and science studies at the University of California, San Diego. Her essay "Beyond the Ivory Tower" was a milestone in the fight against global warming denial.
Erik M. Conway is the resident historian at NASA's Jet Propulsion Laboratory at the California Institute of Technology. Merchants of Doubt is their first book together. 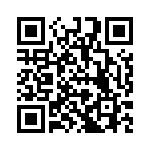