I really had to push my way through this novel, narratived by a Taiwanese gay man while his lover succumbs to AIDS. I'm not sure why it was so difficult for me. It is well-wrtten, certainly, and uses ... »Ìtaª cel˙ recenziu

Chu T'ien-Wen has published fifteen books—novels, stories, memoirs, and film scripts—and has won five major literary prizes. She also received the best script award at both the Venice and Tokyo film festivals. Her most highly acclaimed works are Fin de Siècle Splendor and Notes of a Desolate Man, which was published in Taiwan in 1994.

Howard Goldblatt is professor of Chinese literature at the University of Colorado, Boulder, and translator of many books, most recently Mo Yan's Red Sorghum and Silver City by Li Rui. He is also the coeditor, with Joseph Lau, of The Columbia Anthology of Modern Chinese Literature.

Sylvia Li-chun Lin, who teaches at the University of Colorado, Boulder, writes on modern Chinese literature and culture. 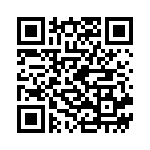