THE COLUMBIA ANTHOLOGY OF GAY LITERATURE: Reading from Western Antiquity to the Present Day

Editor Fone (English/CUNY) offers what may well be the landmark gay anthology the publisher claims it to be—a volume that, unlike similar collections, includes a broad range of genres. Even straights ... Číta» celú recenziu

The Columbia anthology of gay literature: readings from Western antiquity to the present day

Superbly conceived and edited, this anthology functions as a source companion to Gregory Woods's brilliant History of Gay Literature (LJ 4/1/98). Though its obvious use might be as a textbook, Fone's ... Číta» celú recenziu

BYRNE R. S. FONE is professor of English literature at the City College of New York. He is the editor of Hidden Heritage: History and the Gay Imagination, and author of Masculine Landscapes: Walt Whitman and the Homoerotic Text; A Road to Stonewall: Homosexuality and Homophobia in English and American Literature; and Homophobia: A History, which will appear later this year. He is the author of the novel American Lives, his short stories have appeared in the James White Review, and he is now at work on a new novel. 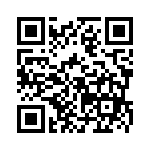