Strana xv
Partridge insisted that all this was a work of supererogation ; but the fellow stoutly
declared that the whole town knew the almanac - maker was dead , and the
joiner was hurrying up his coffin for fear he would become impatient for it .
Strana xvi
For a hundred years previous there had been occasional · The whole of this
diverting paper may be found in Swift's Works , and in Nathan Drake's Essays on
the Tatler , Spectator , and Guardian , vol . i . , p . 64 ff . ? Look up this word in the
...
Strana xvii
... entertainment , abounding in elegant literature , appearing periodically , and
forming a whole under an assumed name and character , is without doubt to be
ascribed to this country [ England ) , and confers on it no small degree of honor .
Strana xix
I have , in another place , and in a paper by itself , sufficiently convinced this man
that he is dead , and , if he has any shame , I do not doubt but that by this time he
owns it to all his acquaintance ; for though the legs and arms and whole body of ...
Strana xxvi
It has been maintained that during the whole of the so - called “ Augustan age of
English Literature " -the reign of Queen Anneonly two poems of note were written
in Great Britain , and that of these two the “ Campaign was one . 2 The poem is ...
Ďaląia »

This little gem of a book presents a set of essays that were printed in the "Spectator" back in the early 1700s. They bring the reader into the society of a fine old country gentleman, Sir Roger de ... Číta» celú recenziu

Strana xxxi - Should such a man, too fond to rule alone, Bear like the Turk, no brother near the throne...
Vyskytuje sa v 787 knihe (-ách) od 1732-2008
Strana 55 - Psalms, half a minute after the rest of the congregation have done with it ; sometimes, when he is pleased with the matter of his devotion, he pronounces amen...
Vyskytuje sa v 300 knihe (-ách) od 1712-2006
Ďaląie informácie
Strana 7 - It is said he keeps himself a bachelor by reason he was crossed in love by a perverse beautiful widow of the next county to him.
Vyskytuje sa v 246 knihe (-ách) od 1803-2007
Strana 4 - I am very well versed in the theory of a husband, or a father, and can discern the errors in the economy, business, and diversion of others, better than those who are engaged in them ; as standers-by discover blots, which are apt to escape those who are in the, game.
Vyskytuje sa v 180 knihe (-ách) od 1803-2008
Strana 162 - Stomach, not being able to touch a Sirloin, which was served up according to Custom ; and you know he used to take great Delight in it. From that time forward he grew worse and worse, but still kept a good Heart to the last. Indeed, we were once in great Hope of his Recovery, upon a kind Message that was sent him from the Widow Lady whom he had made love to the Forty last Years of his Life; but this only proved a Light'ning before Death.
Vyskytuje sa v 196 knihe (-ách) od 1737-2008
Strana 79 - Better to hunt in fields for health unbought Than fee the doctor for a nauseous draught. The wise for cure on exercise depend : God never made His work for man to mend.
Vyskytuje sa v 491 knihe (-ách) od 1710-2008
Strana 147 - The glorious names of Henry the Fifth and Queen Elizabeth gave the knight great opportunities of shining, and of doing justice to Sir Richard Baker, who...
Vyskytuje sa v 165 knihe (-ách) od 1726-2008
Strana 32 - ... he has been useless for several years. I could not but observe with a great deal of pleasure the joy that appeared in the countenances of these ancient domestics upon my friend's arrival at his country seat.
Vyskytuje sa v 190 knihe (-ách) od 1803-2006
Strana 35 - Calamy, with several living authors who have published discourses of practical divinity. I no sooner saw this venerable man in the pulpit, but I very much approved of my friend's insisting upon the qualifications of a good aspect and a clear voice; for I was so charmed with the gracefulness of his figure and delivery, as well as with the discourses he pronounced, that I think I never passed any time more to my satisfaction. A sermon repeated after this manner, is like the composition of a poet in...
Vyskytuje sa v 147 knihe (-ách) od 1729-2006
Strana 34 - At his first settling with me I made him a present of all the good sermons which have been printed in English, and only begged of him that every Sunday he would pronounce a one of them in the pulpit. Accordingly he has digested them into such a series that they follow one another naturally, and make a continued system of practical divinity.
Vyskytuje sa v 165 knihe (-ách) od 1712-2006
Menej 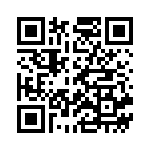