The notebooks of Robert Frost

Robert Frost, the quintessential poet of New England, was born in San Francisco in 1874. He was educated at Dartmouth College and Harvard University. Although he managed to support himself working solely as a poet for most of his life and holding various posts with a number of universities, as a young man he was employed as a bobbin boy in a mill, a cobbler, a schoolteacher, and a farmer. Frost, whose poetry focuses on natural images of New England, received the Pulitzer Prize for Poetry four times for: New Hampshire, Collected Poems, A Further Range, and A Witness Tree. His works are noted for combining characteristics of both romanticism and modernism. He also wrote A Boy's Will, North of Boston, Mountain Interval, and The Gift Outright, among others. Frost married Elinor Miriam White in 1895, and they had six children--Elliott, Lesley, Carol, Irma, Marjorie, and Elinor Bettina. He died in Boston in 1963.

He is an associate professor of literature at Claremont McKenna College. He is the author of Robert Frost & the Challenge of Darwin. 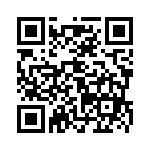