Strana 117
406 Philip of Broxefeld was summoned to answer Adam of Doxeford in a plea
wherefore , whereas ... as it is said , the said Philip , claiming common in the said
pasture , wrongfully causes it to be grazed upon with his beasts and flocks to the
...
Strana 5
Alexander of Neuton in a plea that he permit him to have common of pasture in
Elyngham which belongs to his free tenement in Doxford , whereof Richard of
Doxford and Philip of Doxford wrongfully , etc . , disseised Adam of Doxford ...
Strana 36
3id Philip of Troweden by attorney v . Gilbert de Hunfrayuill , Richard of
Roucestre , William of Newland , John Freman , Thomas de la Sale , William le
Fouere , Gilbert Hare , Roger son of Gilbert , Thomas le Forester , Geoffrey son of
Thomas ... 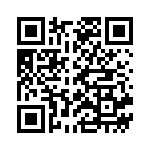