Strana 23
A year later , the second Anniversary found the energy of the Society
undiminished . Mr Gamlen , vicar of Heighington , presided over a gathering of
fifteen . Some modification was made in the Rules : the date of the Anniversary
was altered ...
Strana 94
York Society in 1913 , with an introduction by the late Professor Tout , while , as
previously noted , the series of wills from the later volume were published by the
Cumberland and Westmorland Society . In addition to the series of York registers
...
Strana 217
Each name is followed by the address of its owner at the time of his election , with
later addresses , recorded in the printed lists , in square brackets . The date of
election is followed , where necessary , by further necessary details , and by date
... 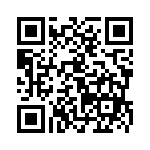