Strana 45
After all , Burns was by 1792 married to Jean Armour and would not have wanted
to reveal too much about an affair which had been in existence after he had
seduced Jean . Riddell , of course , would have understood the phrase " blessed
a ...
Strana 46
Scott Douglas suggested that the earliest biographers were reluctant to mention
this painful episode so long as Jean Armour Burns was alive . As fragments of the
tale began to emerge , Cromek , Motherwell , Lockhart , Cunningham ...
Strana 50
We soon got into conversation and he revealed that he was a retired dairy farmer
, called Kenneth Brown , and he was a great , great , great , great grandson of
James Armour , the Mauchline mason and father of Jean . He had with him all the
... 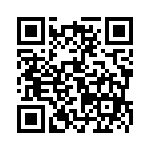