Strana 47 - We are talking about characteristic elements of impulse, restraint and tone; specifically affective elements of consciousness and relationships: not feeling against thought, but thought as felt and feeling as thought: practical consciousness of a present kind, in a living and interrelating continuity.
Vyskytuje sa v 97 knihe (-ách) od 1975-2007
Strana 45 - The body believes in what it plays at: it weeps if it mimes grief. It does not represent what it performs, it does not memorize the past, it enacts the past, bringing it back to life. What is 'learned by body' is not something that one has, like knowledge that can be brandished, but something that one is.
Vyskytuje sa v 39 knihe (-ách) od 1979-2008
Ďaląie informácie
Strana 41 - ... nor beautiful in relation to one thing and ugly in relation to another; nor is it beautiful here but ugly there, as it would be if it were beautiful for some people and ugly for others. Nor will the beautiful appear to him in the guise of a face or hands or anything else that belongs to the body. It will not appear to him as one idea or one kind of knowledge. It is not anywhere in another thing, as in...
Vyskytuje sa v 15 knihe (-ách) od 1989-2006
Menej

James I. Porter is Professor of Greek, Latin, and Comparative Literature at the University of Michigan. He is the author of Nietzsche and the Philology of the Future and The Invention of Dionysus: An Essay on the Birth of Tragedy. 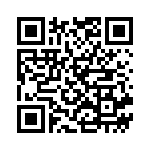