Strana 54
I may mention that the above stanza was engraved , many year ago , by a Freemason , still well known in Edinburgh , Mr Hector Gavin , on the silver rim of the punch bowl , of Inverary marble , which Burns received from his father ...
Strana 134
The reply which the inquisitorial female received was only second in decisiveness to the loud “ No ” which sounded from the throats of the men in response to the query , “ Are we downhearted ? when they commenced the return journey .
Strana 162
W. M. Kay , of Hamilton Burns Club , was wounded at Festubert , and later received the C.M.G. at the hands of the King . Pte . James Collins , Seaforths , of Newbattle and District Burns Club , has received the Military Medal for ... 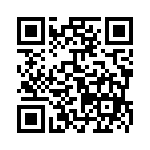