Strana 109
Thus it has the whole number of towns in that frequently happened , that when
one state have been visited in an extra- person first began to express his feel .
ordinary manner , and multitudes ings on the subject of religion , it have become
the ...
Strana 279
We fence , erected a pulpit and readingentered the inclosure , and were desk in
the centre , and covered the placed on the seats on each side of whole , either
with black native the pulpit . Koro koro marched his cloth , or some duck , which
he ...
Strana 356
ped , and made seats of them for peo- I. “ The whole Old and New ple to sit upon
and hear the word of Testaments are translated , printed , the living and true God
! ” and extensively circulated , in the Java . languages of Bengal and Orissa ; the
... 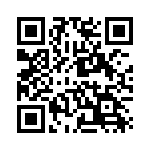