Get this book in print

What people are saying - Write a review

We haven't found any reviews in the usual places.

Other editions - View all

Stephen C. Cunnane, Ph.D., holds the Canada Research Chair in Brain Metabolism and Aging and is the Director of the Research Centre on Aging at Sherbrooke University Geriatric Institute. He sits on the editorial boards of iiuinerous journals, including Nutrition, British Journal of Nutrition and Journal of Nutritional and Environmental Medicine.

Kathlyn M. Stewart, Ph.D. is a Research Scientist in Paleobiology and former Head of Paleobiology at the Canadian Museum of Nature. Specializing in environmental change and human adaptation, she has extensive field experience in Africa. 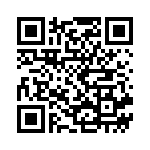