Jim Wallis was born in Detroit, Michigan on June 4, 1948. He graduated from Michigan State University and Trinity Evangelical Divinity School. He is an evangelical Christian writer and political activist, best known as the founder and editor of Sojourners Magazine and of the Washington, D.C.-based Christian community of the same name. He has written numerous books including The Great Awakening; Reviving Faith and Politics in a Post-Religious Right America (2008), God's Politics: Why the Right Gets It Wrong and the Left Doesn't Get It (2005), Faith Works: How Faith Based Organizations Are Changing Lives, Neighborhoods, and America (2000), The Soul of Politics: Beyond Religious Right and Secular Left (1995) and The Call to Conversion (1981). 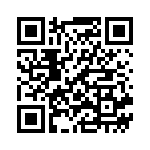