Benjamin Isaac, Ph.D. (1980) is Fred and Helen Lessing Professor of Ancient History at Tel Aviv University. He has published extensively on Greek and Roman history and the archaeology of the Near East. His books include "The Limits of Empire: the Roman Army in the East" ("OUP," 1992, second edition). 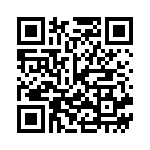