Donald W. French was born in 1952 in Corcoran, California. He is the 3rd of 7 children, he has 4 brothers and 2 sisters. During his early years, his family moved often, first to the Bay Area, where in the span of 5 years, he lived in  number of places. His Father, Jesse French, was a minister of the Church of Christ. When Don was 9 years old, they moved to the Redding area, where Don lived until he finished 2 years of college before transferring to Sacramento State in 1973. After finishing almost 2 years of upper level Mathematics, Don discovered he did not want to teach high school math and he dropped out of college to marry the love of his life, Jeannette. He had been working with a small Church of Christ as a paid minister, but took a secular job in order that he could support his family and continued as an unpaid minister, this way he could chose which congregation he worked with, not based on monetary reasons. Don returned to college and recieved a B.S. in Computer Science. After Graduating, he went to work for the U.S.A.F where he worked as a network specialist for 20 years. After being diagnosed with Parkinson's, he retired. After Parkinson's caused him to almost lose his voice completely, he started writing a book in order to continue his ministry for God. After having concentrating for 39 years of his ministry on Christian maturity, he felt compelled to write in this area. Don spends his days between writing, spending time with his granddaughter, Winter, and writing sermons to be delivered by proxy, where he writes the sermons and others delivers them. He keeps busy and hopes to be able to serve God until the day he dies. 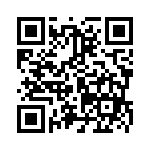