Strana 51
The Task was his favourite poem , and while waiting at the various brew - houses to gauge the browst , ” as Officer of Excise , his wont was to sit down and study this masterpiece of literature . Allan Cunningham , his contemporary and ...
Strana 118
it is said that a house , trees , road , and everything were covered up with Ayr's water . It was dark when Lapraik arrived at his brother's house , where the farmer informed him that , on account of instructions issued by his landlord ...
Strana 145
A letter under the signature “ N , ” which appeared in the Scotsman in 1828 , stated that the heroine of the song was Nelly Blair , a servant in the house of a friend of his , an extensive land proprietor in Ayrshire . 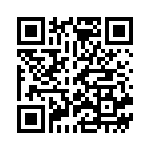