Strana 398 - Part does not create any obligation to put in place a judicial system for the enforcement of intellectual property rights distinct from that for the enforcement of law in general, nor does it affect the capacity of Members to enforce their law in general.
Vyskytuje sa v 55 knihe (-ách) od 1987-2008
Strana 210 - Labor Markets No. 313 Networks, Migration and Investment: Insiders and Outsiders in Tirupur's Production Cluster No. 312 Computational Analysis of the Impact on India of the Uruguay Round and the Forthcoming WTO Trade Negotiations No. 311 Subsidized Jobs for Unemployed Workers in Slovakia No.
Vyskytuje sa v 61 knihe (-ách) od 2000-2008
Ďaląie informácie
Strana 353 - Chinese economists: Many basic components of a "pure" market economy are still in their incipient stage in China, although market-oriented reform started two decades ago. Government-guided investment mechanisms, a State-controlled banking system and dominant State-owned enterprises . . . still run in a framework molded primarily on the previous planned economy.
Vyskytuje sa v 6 knihe (-ách) od 1989-2008
Menej

Loren Brandt is Professor of Economics at the University of Toronto, where he has been since 1987. Previously, he was at the Hoover Institution. Professor Brandt has published widely on China in leading economic journals, and been involved in extensive household and enterprise survey work in China. He is the author of Commercialization and Agricultural Development: Central and Eastern China, 1870–1937, and was an area editor for the five-volume Oxford Dictionary of Economic History.

Thomas G. Rawski is Professor of Economics and History and UCIS Research Professor at the University of Pittsburgh. His work covers many dimensions of China's development and modern economic history and includes Economic Growth and Employment in China, China's Transition to Industrialism, Economic Growth in Prewar China, Chinese History in Economic Perspective, Economics and the Historian, and China's Rise and the Balance of Influence in Asia. 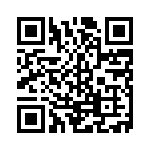