Strana ix
Letters and words added conjecturally by the editor have been enclosed within
square brackets . The arrangement of names has frequently been altered to
avoid repetition . Unless the contrary is stated the vicarages and chantries named
are ...
Strana 115
Deacons : Anthony Duglas and William Lowden , of Carlisle dioc . , by reason of
letters dimissory , on titles of £ 5 and £ 6 from the lands of John Alandby , gent . ,
and Thomas Dent , gent . , respectively ; Francis Jager , of Chester dioc . , by ...
Strana 123
Subdeacon : William Porter , of Carlisle dioc . , by reason of letters dimissory , on
the title of his benefice of Plumbland ( Plomland ) . Deacons : Richard Perey ,
John Sympson and Christopher Watson [ as in nr . 367 ] . Priests : William ... 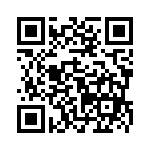