Strana 31
Later he and others of the same cast of mind had founded the Literary Society of
Liverpool , as they were to found still later the Athenaeum and the Union News
Room and to develop the Botanic Gardens , all in Liverpool . Next to the ...
Strana 32
2 More and more , Currie grew of the same mind as that described by his intimate
correspondent , Dr. John Aikin : ' We are fairly immersed in a bloody , expensive ,
and , I think , unjust war , and we must either lament its success , or rejoice in ...
Strana 102
The distinctive characteristic of his country's literature is a rugged , virile realism ,
which was for long the expression of the people's manners and minds . To be
sure , nothing had been able to prevent Nature from continuing to produce fine ... 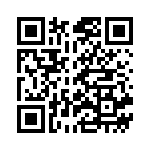