The son of wealthy parents in Manhattan, Freneau received a good enough education from tutors to enter the sophomore class at the College of New Jersey (now Princeton University), where he roomed with James Madison. After graduation he taught school and unsuccessfully attempted a career as a writer before accepting a position as secretary on a plantation in the West Indies, where he remained from 1776 until 1778. Returning home, he enlisted as a sailor on a blockade runner, serving for two years until he was captured and imprisoned on the British ship Scorpion. Regaining health after the brutal treatment he received in prison, Freneau moved to Philadelphia, where, as editor of the Freeman's Journal, he directed the whole force of his imaginative and poetic talents in support of the American Revolution. Then he left Philadelphia and returned to sea as a ship's captain. Freneau spent his final years on a New Jersey farm, which he was eventually forced to sell. He died in a blizzard, hopelessly impoverished and unknown. Although much of his verse is extremely occasional and topical because of its political nature, Freneau nonetheless demonstrated a strong attachment to American themes. His lyrical "The Indian Burying Ground" (1786) exemplifies an enviable grasp of the elegiac possibilities inherent in the experience of the new nation. 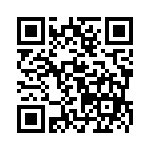