Strana 5
and the works of Mustafa Ali , by the end of the nineteenth century this term had
completely lost its initial meaning . “ City boys ” constituted , in my opinion , a
distinct group , filling the gap between the illiterate mob and quasi - antinomian ...
Strana 22
The regiment commander of the timariot forces ( miralay ) of Trabzon , Mustafa ,
used four different titles in different contexts . In one document he even had no
titles ; in others he was referred to as ağa , bey , çelebi and beşe . 42 Moreover ,
the ...
Strana 108
In Amasya , on 19 June 1919 , however , Mustafa Kemal Paşa , Hüseyin Rauf [
Orbay ) , Ali Fuat ( Cebesoy ] , Refet Paşa ( Bele ) , and Selahaddin Bey
discussed the subject of Bolshevism and the advisability of establishing contacts
with ... 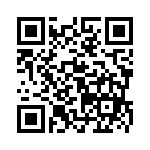