Strana 83
FINLAYSTONE IN OCHILTREE . It has been alleged that Finlaystone in Ochiltree was the historic Finlaystone where Knox visited and Lord James resided . Knox did visit Ochiltree House , and later married Lord Ochiltree's youthful daughter ...
Strana 91
He was factor for the Countess of Glencairn at Ochiltree from the end of 1768 till 1780. Was married three times . His first wife had three of a family , and his second six , at Laigh Corton , Alloway , and seven at Glenconner .
Strana 83
Simson's tombstone , in Ochiltree Kirkyard , has the following inscription : - “ William Simson , sometime schoolmaster of Ochiltree , afterwards of Cumnock , the Winsome Willie ' of Burns . Himself a poet , a wit , a scholar , and a ... 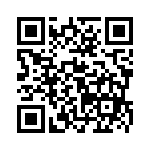