I was pleased with the price ease of purchase speed of delivery and the book itself. The author obviously did extensive research and made interesting what might have been a dry historical research subject.. Číta» celú recenziu

Benemann (archivist, Sch. of Law, Berkeley; editor,A Year of Mud and Gold: San Francisco in Letters and Diaries, 1849-1850 ) sheds a lavender light on the red, white, and blue as he reexamines ... Číta» celú recenziu 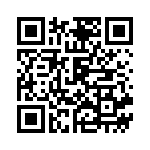