Strana 28
Jean Armour was the eldest daughter of James Armour , a master - mason in
Mauchline , where he seems also to have owned some property , a man regularly
employed and well thought of . When , soon after the Burns family had settled at ...
Strana 30
In August , 1786 , Burns and Jean were publicly rebuked before the Mauchline
congregation for their irregular connection . On 3rd September twin children were
born ; the Mossgiel family took charge of one , a boy , Robert ; the mother's ...
Strana 31
contrary , he had taken from Jean a solemn promise “ never to attempt any claim
on me as a husband , even though anybody should persuade her she had such a
claim , which she has not , neither during my life , nor after my death . ” Jean's ... 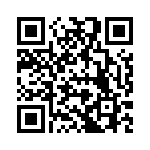