While reading Brian Payton's 2001 novel, HAIL MARY CORNER, I wondered if, like me, he had studied John Knowles' classic coming-of-age novel, A SEPARATE PEACE. Because the books are similar, and yet ... Číta» celú recenziu

Brian Payton was born in the United States and moved to Canada at the age of sixteen. He is the author of two nonfiction books, "Long Beach, Clayoquot and Beyond" and "Cowboy," and is a contributor to the acclaimed anthology "Literary Trips 2: Following in the Footsteps of Fame." His work has appeared in the "New York Times," the "Chicago Tribune," the "Boston Globe," and Toronto's "Globe and Mail."

In 2001 he was awarded the Lowell Thomas Silver Award for best North American travel essay. He lives in Vancouver British Columbia. 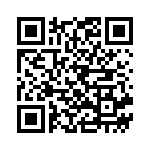