Horace is one of the most noted poets and satirists of Ancient times. Born Quintus Horatius Flaccus, to a former slave in 65 B.C., Horace was taken to Rome and Athens to be educated. He joined Brutus's army after the assassination of Julius Caesar, and later came under favor of the emperor Octavian. Horace used his observations of politics to great advantage in his works. Horace is chiefly remembered for his four books of Odes. Technically and lyrically stunning, they contain word organization and imagery that is employed masterfully. He is also noted for the brilliant satires that brought him to the attention of the poet Virgil. Virgil introduce him to Maecenas, a wealthy patron, who would help Horace throughout his life. Horace earned a great reputation during his lifetime and was an example to many later generations of poets. Horace died in 8 B.C., a few months after his friend and patron Maecenas.

Kipling, who as a novelist dramatized the ambivalence of the British colonial experience, was born of English parents in Bombay and as a child knew Hindustani better than English. He spent an unhappy period of exile from his parents (and the Indian heat) with a harsh aunt in England, followed by the public schooling that inspired his "Stalky" stories. He returned to India at 18 to work on the staff of the Lahore Civil and Military Gazette and rapidly became a prolific writer. His mildly satirical work won him a reputation in England, and he returned there in 1889. Shortly after, his first novel, The Light That Failed (1890) was published, but it was not altogether successful. In the early 1890s, Kipling met and married Caroline Balestier and moved with her to her family's estate in Brattleboro, Vermont. While there he wrote Many Inventions (1893), The Jungle Book (1894-95), and Captains Courageous (1897). He became dissatisfied with life in America, however, and moved back to England, returning to America only when his daughter died of pneumonia. Kipling never again returned to the United States, despite his great popularity there. Short stories form the greater portion of Kipling's work and are of several distinct types. Some of his best are stories of the supernatural, the eerie and unearthly, such as "The Phantom Rickshaw," "The Brushwood Boy," and "They." His tales of gruesome horror include "The Mark of the Beast" and "The Return of Imray." "William the Conqueror" and "The Head of the District" are among his political tales of English rule in India. The "Soldiers Three" group deals with Kipling's three musketeers: an Irishman, a Cockney, and a Yorkshireman. The Anglo-Indian Tales, of social life in Simla, make up the larger part of his first four books. Kipling wrote equally well for children and adults. His best-known children's books are Just So Stories (1902), The Jungle Books (1894-95), and Kim (1901). His short stories, although their understanding of the Indian is often moving, became minor hymns to the glory of Queen Victoria's empire and the civil servants and soldiers who staffed her outposts. Kim, an Irish boy in India who becomes the companion of a Tibetan lama, at length joins the British Secret Service, without, says Wilson, any sense of the betrayal of his friend this actually meant. Nevertheless, Kipling has left a vivid panorama of the India of his day. Kipling is England's first Nobel Prize winner in literature and the only nineteenth-century English poet to win the Prize. He won not only on the basis of his short stories, which more closely mirror the ambiguities of the declining Edwardian world than has commonly been recognized, but also on the basis of his tremendous ability as a popular poet. His reputation was first made with Barrack Room Ballads (1892), and in "Recessional" he captured a side of Queen Victoria's final jubilee that no one else dared to address. 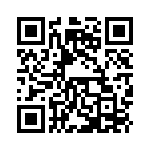