Strana 215
The later classical age in music , the period of Bach , Handel , Mozart , Haydn ,
Beethoven , was either earlier than , or at least contemporaneous with , the
classical age in German literature , with the period of Lessing , Schiller , Goethe ,
and ...
Strana 449
Historically the sentiment of nature emerges much later than artistic sentiment ,
whose rudimentary forms we find even among the cavemen . ” It was little
developed among the Oriental ancient cultures , among the Greeks , and in the
Middle ...
Strana 510
... architecture seems to have been more Ideational ( externally and internally ) at
the earlier stages of each of the great epochs of the Egyptian culture — the old
Kingdom , the Middle Kingdom , the – than at the later stages of each epoch . 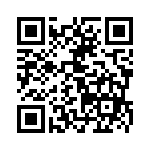