A good biography of Henry Howard, the Earl of Surrey, who was an English poet, courtier to Henry VIII, and a military leader. Jessie Childs brings in details about the nobility and daily life to ... Číta» celú recenziu

Great book on Henry Howard. A lot of information that isn't usually in biographies such as his work with a "stone bow", or cross bow pea shooter good for vandalism and not much else. Číta» celú recenziu

Jessie Childs, born in England in 1976, was educated at Oxford and has worked in television as a researcher for historical documentaries. Henry VIII’s Last Victim is her first book. It won the Elizabeth Longford Prize for Historical Biography 2007. She lives in London, England.

Visit her online at www.jessiechilds.co.uk. 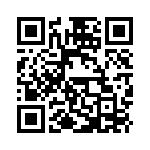