Cleanth Brooks (1906--1994) was born in Kentucky, and educated at Vanderbilt, Tulane, and Oxford where he was a Rhodes scholar. He began his teaching career at Louisiana State University in 1932. To many minds, Brooks is the archetypal New Critic, the man whose catch phrases, critical studies, and college textbooks epitomized New Critical ideas, practice, and pedagogy. 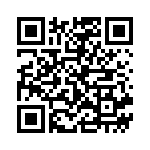