Strana 6
Burns died on 21st July , and the funeral took place on the 25th -not 26th
according to Currie , Lockhart , Cunningham , and others . We were then unable
to state definitely where Mrs Dunlop's remains were interred , but the following ...
Strana 71
The original portrait continued to be the property of the Misses Mackenzie , and
latterly of the survivor , who died in 1911 . Her executors sent it for sale , by
auction , to Dowell , Edinburgh , and it was sold shortly afterwards , being
catalogued ...
Strana 103
He was when he died in the cottage of his benefactor , Walter Coulson ? Black
was a friend of James Gray of the Edinburgh High School , a friend of the Poet ,
who taught his children in Dumfries . Two long letters from Gray to Cromek figure
in ... 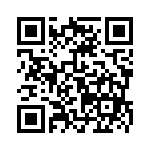