A great book, but not perfect. Haidt addresses questions I'm really interested in and gives reasonable explanations for the way we behave in political and religious contexts. I've never seen a book that better addresses these issues from an evo psych perspective. Číta» celú recenziu

This is an interesting book about the psychology of morality, politics, and religion. The author is knowledgeable and well researched. He provides logical arguments regarding people’s tendency to have ... Číta» celú recenziu

Jonathan Haidt is a social and cultural psychologist and the Thomas Cooley Professor of Ethical Leadership at New York University's Stern School of Business. He is the author of The Righteous Mind and The Happiness Hypothesis. 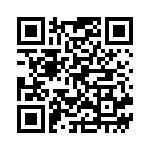