William Hazlitt was born on April 10, 1778 in Maidstone, England. As a young man, he studied for the ministry at Hackney College in London, but eventually realized that he wasn't committed to becoming a minister. After he lacked success as a portrait painter, he turned to writing. His first book, An Essay on the Principles of Human Action, was published in 1805. His other works include Free Thoughts on Public Affairs, Round Table, Table Talk, Spirit of the Age, Characters of Shakespeare, A View of the English Stage, English Poets, English Comic Writers, Political Essays with Sketches of Public Characters, Plain Speaker, and The Life of Napoleon. He died of stomach cancer on September 18, 1830. 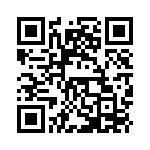