Strana 4
In the subsequent struggle between the papacy and the kings of France , matters
were different . Writers such as John of Paris and Egydius Colonna , Archbishop
of Bourges , strongly opposed the papal claims , and the latter went so far as to ...
Strana 5
Such men were Marsiglio of Padua , John of Jandun , William of Occam , and
others.1 If , on the whole , Louis's struggle with papacy may be considered as
having been unsuccessful , this cannot be entirely attributed to his incompetence
, but ...
Strana 7
In this part the author deals with papacy , priesthood , and their relations to the
temporal power . Marsiglio begins by defining the conception " church ” ( ecclesia
) , which according to him can be described as being the community of all who ... 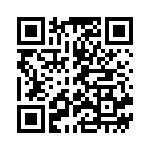