Malcolm Vale is a Fellow and tutor of History at St John's College, Oxford. He specialises in English and European history in the later middle ages, especially Anglo-French and Anglo-Nederlandish relations. His many publications include The Princely Court: Medieval Courts and Culture in North-West Europe, 1270-1380. 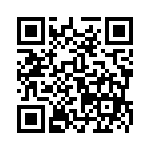